Do employees have an absolute right to freedom of expression in the workplace? 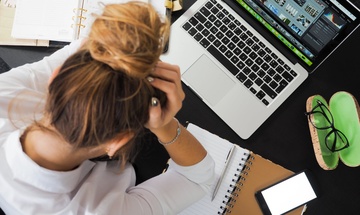 Two recent tribunal claims highlight the challenge for employers in safely navigating personal expression by employees in the workplace.

A hospital nurse who discussed her Christian views with patients, offering a bible to one and advising another that his survival prospects would be improved if he prayed to God, was fairly dismissed for improper proselytising, a court has ruled. But another, where a quality control manager was asked to keep her sexual orientation under wraps, has seen a compensation award of £8,000 for direct discrimination.

Nurse Sarah Kuteh was responsible for assessing patients about to undergo surgery, part of which involved asking them about their religion, but patients complained that she initiated unwanted religious discussion. When the issue was raised with Mrs Kuteh, she assured management at the Darent Valley Hospital that she would not discuss religion again unless she was directly asked by a patient.

When further incidents followed, she was dismissed on the grounds that she had breached the Nursing and Midwifery Council's code of conduct. She later issued an unfair dismissal claim, alleging a breach of a European Convention right to freedom of thought, conscience and religion.

When the case of Kuteh v Dartford and Gravesham NHS Trust [2019] EWCA Civ 818 reached the Court of Appeal, the court recognised the importance of the right to freedom of religion, but said improper proselytising was not covered under Article 9 of the European Convention on Human Rights, which defends the qualified right to practice religion. As a result, the court ruled it was not unfair for the NHS Trust to have dismissed the nurse for proselytising to patients after being asked not to do so.

But in Mrs A McMahon v Redwood TTM Ltd and Mr Darren Pilling: 2405368/2018 the company found itself in hot water for stopping an employee speaking out.

When Ashleigh McMahon joined textile firm Redwood TTM, she disclosed that she was gay to her immediate boss during the first week of her new job, but he told her to avoid mentioning this to anyone else, saying the owner of the company was ‘old school’ and wouldn’t like it.

After being made redundant some months later, she made a number of tribunal claims against her former employer, including unfair dismissal and making a protected disclosure, as well as direct and indirect discrimination. Although the other claims were rejected, the tribunal agreed that the request by her manager amounted to direct discrimination on the grounds of sexual orientation, as the same request would not have been made to one of the company’s heterosexual employees.

Stephen Connolly, Partner in our employment team commented:  “These two cases highlight the need for businesses to keep their recruitment and working practices under constant review, as there is growing pressure to keep pace with both the law and changing attitudes across society. There is no special escape clause for those who are ‘old school’ and everyone must make sure they refresh their mind-set. This applies to how employees conduct themselves (as highlighted by Mrs Kuteh’s claim) and how managers run the business’s affairs: employees cannot be treated differently on the basis of their sexual orientation or any other protected characteristic.”

The Equality Act 2010 prevents direct and indirect discrimination based on protected characteristics, which include gender, age, disability, race, sexual orientation, personal relationship status, and religion or belief.  The protection of the Act extends to consumers, the workplace, education, public services, private clubs or associations and when buying or renting property.

Questions can be asked about health or disability only in certain circumstances, such as whether someone may need help to take part in an interview, and disability covers both mental or physical impairments and an employer should make ‘reasonable’ adjustments to accommodate disabled applicants and employees.

In addition, the Act makes it unlawful to discriminate, or treat employees unfavourably because of their pregnancy, or because they have given birth recently, are breastfeeding or on maternity leave.

Employees should not be required to share personal information if they are not comfortable doing so, but equally they should not be precluded from discussing aspects of their private life if others who do not share their protected characteristic can freely discuss those aspects.