Redundancy: What dismissals count in numbers for collective consultation? 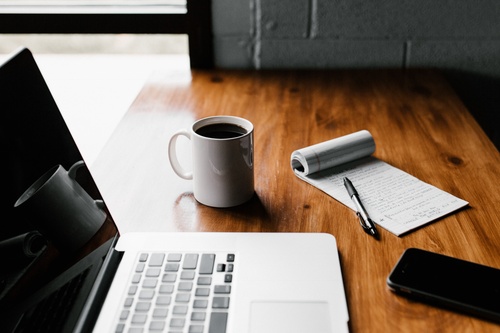 Where a business is proposing to make a large number of employees redundant, there is a requirement to enter into collective consultation. The requirement arises where the proposal is to dismiss as redundant 20 employees or more within a 90 day period, and the employer then has to consult with a recognised union or elected representatives. Dismissals cannot take effect for a period of at least 30 days, or 45 days if the number of employees involved is 100 or more.

A recent decision of the European Court of Justice (ECJ) considered when a dismissal is considered to be one of the number to be included in the total over the 90 day period. The decision has interesting and potentially significant implications.

There are often questions around which dismissals should count in determining whether the threshold of 20 in the 90 days has been met. For example, if 5 employees have been made redundant already, do they count if there is then a proposal to dismiss a further 17, such that collective consultation would need to be carried out?

UK law currently indicates they would not, as the legislation giving effect to the collective provisions in the UK (the Trade Union and Labour Relations (Consolidation) Act 1992)  states ‘in determining how many employees an employer is proposing to dismiss as redundant no account shall be taken of employees in respect of whose proposed dismissals consultation has already begun’. The decision of the ECJ casts doubt on whether this is correct.

The case of UQ v Marclean Technologies SLU is a Spanish case which was referred to the ECJ. The Claimant (referred to as UQ for data protection reasons) was dismissed after a period of illness and the company conceded this was unfair but maintain the reasons for dismissal were a reduction in trading and breaches of contract committed by UQ. It was alleged that other workers had been dismissed for the same reasons. UQ asserted that over a period of around 10 weeks a further 36 people had stopped working for the company and that this was a series of ‘covert’ collective redundancies, of which her dismissal was part. It was not clear whether dismissals which took place after UQ’s could be taken into account in considering whether there were collective redundancies which would invoke the obligation to collectively consult.

The ECJ held that the relevant reference period for collective redundancies is the period of consecutive days (in the UK this being 90 days) which includes the contested dismissal and which contains the greatest number of dismissals effected by the employer for redundancy (or other reasons not related to the workers). It was argued that the 90 day period was either the 90 days prior to or the 90 days after the dismissal in question. The ECJ considered that limiting the period to strictly before or after would be less protective of workers’ rights.

This effectively means that, where an employer is proposing to make employees redundant, they need to consider dismissals which have taken place within the previous 90 days, as well as how many dismissals are proposed to take place in the following 90 days to decide whether their obligations to collectively consult are engaged. This is most likely to give rise to issues where a group of employees numbering fewer than 20 have been redundant, but in the following 90 day period, it is identified that further redundancies are required. If combined with the previous group this would mean over 20 redundancies in total, employers would be best advised to carry out collective consultation even if the second group contains fewer than 20 people in order to avoid claims for failure to inform and consult.

This does raise problematic practical questions such as whether the requirement to consult can arise for dismissals which have already taken place. It seems unlikely that this would be the case, but it is possible that if dismissals are already under consultation but have not yet taken place, then collective consultation should cover them too where the obligation then arises due to further proposed dismissals.

It should be noted that the case law of the ECJ remains binding on the UK courts until the transition period for Brexit ends. Thereafter, the Supreme Court or High Court may choose to depart from ECJ case law, but unless and until they do so it is likely to continue to apply.

Can I get out of a commercial lease early?
Extended Furlough Scheme – More Detail Published