We are delighted to report that our Licensing department is going from strength to strength.

Partner, and head of department, Audrey Junner has recently been accredited by the Law Society of Scotland as a specialist in Liquor Licensing Law. The Specialist Accreditation scheme recognises solicitors who have developed expert knowledge in their field through their experience with complex cases, marking them out as "capable beyond the ordinary". Audrey has practised exclusively in licensing since 2007 and is also top-ranked in the influential Chambers Guide to the legal profession. She handles a range of matters including gambling, civic government and liquor work for both multinational and independent operators. Her accreditation makes us the only firm in Scotland to have two licensing specialists, with Jack Cummins already holding that award.

In other news, Eilidh McGuire has been promoted to Associate within the team. Eilidh joined the firm in 2017 to specialise in licensing and is involved with all aspects of liquor, gaming and civic licensing law. She works closely with a range of clients, including independent and national operators, and appears regularly at licensing boards and committee hearings across the country. Announcing the appointment Junner said, "Eilidh's promotion recognises her significant contribution to the continued expansion of the practice and her management of major projects for a number of our larger clients." 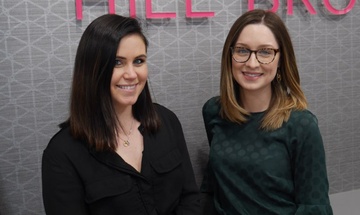 Your Future With Equity Release
When can an employee be suspended?