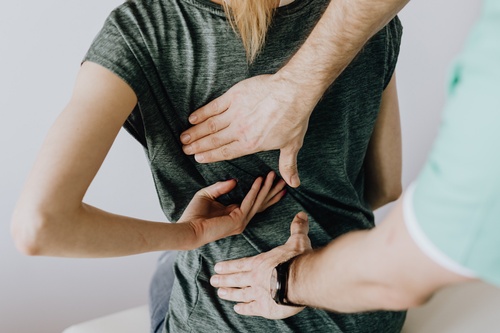 It has been quite a wait since it was recommended by Sheriff Principal Taylor in his 2013  Review of Expenses and Funding of Civil Litigation in Scotland – but cost shifting has finally arrived.

For actions raised after 30 June 2021, new rules have been introduced which mean that the usual rule that “expenses follow success” will not necessarily apply in personal injury cases in Scotland.  The regime is known as qualified one-way costs shifting (or “QOCS”) and the result is that the majority (there are exceptions) of pursuers (claimants) in a personal injury action for financial damages will not be liable for the expenses of their opponent in the event that their claim is not successful.

The rules come into force courtesy of the Act of Sederant  (Rules of the Court of Session 1994, Sheriff Appeal Court Rules, Sheriff Court Rules Amendment) (Qualified One-Way Costs Shifting) 2021 The Civil Litigation (Expenses Group) Proceedings (Scotland) Act and the introduction of QUOCS is the first stage of a staged roll-out of that Act.

A similar system has been operating in England since 2013 and the aim is to provide access to justice to claimants who would otherwise be unable to pursue a claim for fear of an adverse award of expenses being made against them, the aim being to balance out the economic weight of the insurance company-funded defender against the individual (or “David and Goliath” as referred to by Sheriff Principal Taylor).

The court can still make an award of expenses against an unsuccessful pursuer, but only if that pursuer has acted unreasonably. The circumstances in which an award can be made are noted S8(4) as including :

There is also an exception where the defender has lodged a formal offer to settle the claim with court – which is known as a “Tender”. If the pursuer continues with the action and fails to beat the sum that the defender offered, the pursuer will be liable for expenses from the date of the Tender, although it has been recommended that the pursuer’s liability for those expenses will be capped at 75% of the damages awarded.

Minutes of Tender will become very important stage of proceedings as the risk of having a significant award of expenses (75% of the award) against no expenses at all, will make pursuers think long and hard in the face of a Tender. Conversely, defenders will have to give consideration to a tactical Tender at an early stage.

In addition to the grounds above, the rules will not apply where the pursuer seeks to abandon the action and also where the defender successfully applies for summary decree against the pursuer and the action is summarily dismissed at that stage.

Given that there are always costs incurred in pursuing a personal injury claim, it is unlikely that we will see a flood of cases being litigated that would otherwise have not seen the light of day. However, there will be cases where the prospect of an adverse award of expenses would have discouraged a litigant from raising an action and for those cases, QOCS is a welcome addition and will provide access to justice.

There are undoubtedly sections in the act that would benefit from clarity (such as – what will constitute “acting fraudulently”) and there is also tension between the Act and other current legislation. As with all new legislation, the devil will be in the detail and also the application, and only time will tell how that develops.

Our specialist team deal with claims sympathetically and effectively. With over 50 years’ experience in this field we are able to guide you through the process of making a claim and securing the best result as quickly as possible. Call us on 0141 221 1919 or fill out our online enquiry form.