New “protection of workers” law in force: who are the “workers”? 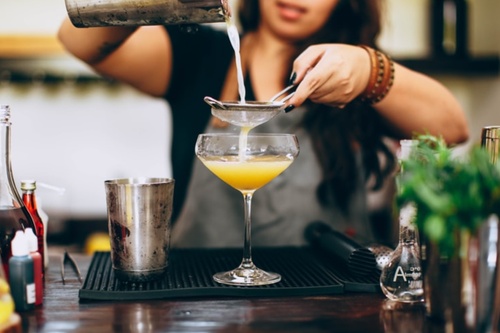 That headline on the BBC’s website is typical of the skewed media slant on the Protection of Workers (Retail and Age-restricted Goods and Services) (Scotland) Act 2021 which came into force on 24 August.

The new measures were brought forward as a private members’ Bill by Labour MSP Daniel Johnson as an attempt to improve on the Protection of Works Bill promoted by Hugh Henry MSP which was voted down by the Parliament in December 2011.

It’s excellent news for those working in licensed convenience stores and supermarkets frequently subjected to verbal vitriol – and worse – from disruptive shoppers.

But hospitality industry leaders were quick to complain that the Scottish Parliament had missed an opportunity to protect staff in bars and other on-sales outlets. That’s hardly surprising, since you won’t find “alcohol”, “licence” or “licensed premises” mentioned anywhere in this short piece of legislation. Instead, the focus is squarely upon the protection of “retail workers” carrying out “retail work” in “retail premises”. The expression “retail premises” is defined as:

“premises that are used wholly or mainly for the sale or supply of goods, on a retail basis, to members of the public”.

Good and services: a recipe for confusion

So, at first blush, the Act’s purpose is to protect those employed in shops. And that’s certainly the impression conveyed by the news coverage.

But according to the policy memorandum linked to the Bill when it was laid before the Parliament:

Regrettably, this is far from clear not only in media coverage but also in the explanatory notes accompanying the Act.

But what of the Act’s application to hospitality premises providing a mixture of goods and services: for example, hotels, restaurants and nightclubs? One may conclude without difficulty that a hotel is not used “wholly or mainly” for the sale of goods. A cinema with catering facilities is in a similar position. The position of nightclubs and restaurants is opaque. It may be considered that the “wholly or mainly” requirement isn’t satisfied in relation to clubs because the supply of goods (drinks) is subordinate to the provision of dancing facilities. Restaurants provide a “service” but may be “retail premises” on the basis that a meal consists of “goods”. A definition of “goods” for the purposes of the Act would have been helpful.

1. “[T]he sale of supply of goods, on a retail basis, to members of the public”.

2. “[T]he supply or supply of services (including facilities for gambling) in respect of which a statutory age restriction applies.

Thus, the Act’s protection is also afforded to:

A:  Workers in “mixed use” premises such as hotels. The inclusion of the words “by retail” excludes staff employed in wholesale cash-and-carry outlets even where they’re selling alcohol; and they don’t fall within the second category despite the reference to age-restriction legislation because the supply of a service isn’t involved.

B: Those working in the likes of betting shops, bingo halls, casinos and amusement arcades. An offence does not require to take place in the context of an age verification procedure. According to a briefing prepared by SPICe (the Scottish Parliament Information Centre):

“The extension of the definition of retail work, to cover the supply of services to which a statutory age restriction applies, does not require that the alleged offence occurred in response to the worker seeking to enforce such a restriction. So, for example, a person working in a betting shop could be covered if facing abuse for refusing to serve a customer on some basis other than being underage.”

Gaps in the Act

In relation to “retail premises” used wholly or mainly for the retailing of goods, workers are protected while carrying out “any retail work” on the premises. Thus, the worker need not be engaged in selling goods at the time of the abuse: he or she might be re-stocking a supermarket’s shelves, collecting trolleys from a car park (“land” counts as “premises”) and so on.

On the other hand, in (a) mixed-use premises with an element of retail and (b) “services” premises the protection does not extend beyond work in connection with the sale or supply of goods or services. So, the Act is of no assistance to a hotel porter who is assisting a guest with his or her luggage. And while a person performing “meet and greet” duties at the entrance to a department store (“retail premises”) is protected, a hotel concierge welcoming arrivals is not.

Nightclub door staff, even when enforcing an age restriction as a condition of entry, are excluded because they’re not involved in the sale or supply of goods or services.

Train staff selling drinks from a trolley have protection, but not those employed to sell or check tickets.

Here are the key points from the Act:

This is a well-intentioned piece of legislation but it required much more translucent drafting, while the quality of the explanatory notes accompanying the Act is unimpressive. The recognition that hospitality staff are liable to be exposed to abusive and threatening behaviour is of course welcome. Despite the duplication of other legislation – assault is of course a common law crime and “threatening and abusive behaviour” is an offence under another statute – one hopes that the legislation with raise awareness of the disgraceful behaviour to which frontline workers are exposed. But the achievement of that objective has not been assisted by the mainstream media’s abject failure to flag up the protection of those working in the hospitality sector.