HR Brief - What does the Coronavirus Job Retention Scheme mean in practice? 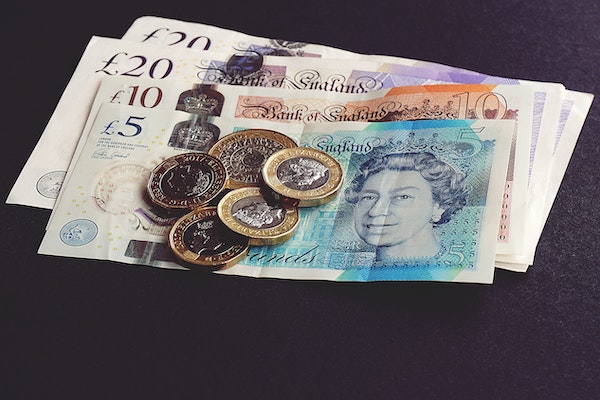 On Friday the government announced a never before seen scheme which will see it intervene in the employment relationship between employer and employee. The Coronavirus Job Retention Scheme will see the government take on the obligation to pay part of employees’ salary where those employees that would otherwise have been laid off during this crisis.

Such a significant measure is unprecedented and will act as a lifeline to a number of businesses and their employees in trying to survive the crisis caused by the ongoing pandemic. On the face of it, the scheme would seem to undermine the old adage: it’s too good and it’s true.

At the time of writing this blog (2100 on Saturday 21st March) there is little further guidance that has been issued by the government as to how the scheme will work. What little information which has (officially anyway) been released can be found here. However, there are already some points which can be clarified in terms of how the scheme will work and who can benefit from it.

Which businesses are eligible to participate in the scheme?

The indication is that there is absolutely no restriction on who may apply to the scheme, so long as the business is based in the UK. It would seem likely this means that the business would be required to be registered to pay tax in the UK via HMRC as a sole requirement to be eligible to apply.

Is the scheme limited to employees?

Again, there is limited guidance on this. However, from the Chancellor Rishi Sunak’s statement on Friday and the guidance, it would seem that so long as the employer pays tax for an individual by way of Pay As You Earn, then the individual will qualify. This means that the scheme can apply in respect of employees, workers and casual/ zero hours workers.

Is there a limit on the number of employees an employer can claim for?

In short- no, so long as the employee meets the eligibility requirement.

What eligibility requirement does an employee need to meet?

The scheme is set up to avoid employers terminating the employment relationship by dismissing employees by reason of redundancy as a result of the downturn in business which the coronavirus will cause. To achieve this aim, there are only 3 clear criteria which must be met for an employer to be able to make a claim in respect of an employee:

One of the big criticisms made of the government in regards to safeguarding the UK workforce is it delayed for too many days in making any announcement on measures it would take to assist employers. From the beginning of last week, a number of companies were announcing mass redundancies, with the decisions to dismiss those employees being given immediate effect to. On the face of it (and again bearing in mind there is only limited guidance on the scheme at present), it would seem that employers would not be able to make a claim to the scheme for an employee who has already been dismissed prior to any application being made. Given the apparent lack of limitations on the scheme and there being no need for any employee to have any minimum period of service before an employer can make an application, the potential here would seem to be for employers to re-engage those employees should they believe that with funding in place for wages there is a future role for that individual.

Should any employee be dismissed at any stage after an application has been made to the scheme (whether by reason of redundancy or anything else) they will no longer be eligible for the scheme and the employer (it is expected) would lose any right to continue to receive the relevant funding for wages. How termination of employment is going to be monitored is something there is no comment on.

This is one of the more obvious ways in which the scheme may be abused. It is not too much of a stretch of the imagination to see a situation where a business has an opportunity to generate some income by undertaking a piece of work which requires certain workers to be recalled from lay off (or furlough as the government guidance calls it). Given the other pressures on a business to make it through this period which will go far and beyond paying employees, there may be situations where the strict rule of the scheme for the employee not to be undertaking any work may be overlooked. How the government can police this properly is debatable and is not commented upon at all in the guidance to date, nor is there any indication as to what the government’s powers will be in the event of a fraudulent claim being discovered.

There is no underlying common law or statutory right to send an employee home and provide no work and, consequentially, no pay. This can only be done lawfully if there is a term in the employee’s contract which allows for this. Very few contracts of employment would provide for this as lay off clauses are generally only found in particular specific sectors where the level of work regularly fluctuates.

While lay off clauses are rare, importantly the government guidance includes the following words:

“…changing the status of employees remains subject to existing employment law and, depending on the employment contract, may be subject to negotiation.”

These last few words are going to be vital to most employers. Where they have no pre-existing contractual right to lay off the employee, it will be possible for an employer to seek to agree with the employee that they will be laid off contemporaneously. It would not seem to be the most difficult of negotiations to have with an employee to state that their options are to be made redundant and lose their job; or to go home, do not work but receive 80% of their earnings.

This being said, some employees who have long periods of service may actually find (in theory) being made redundant a more attractive option as that would result in their being entitled to receive notice pay and a statutory redundancy payment, which may be significant lump sum payment which could provide an emergency fund to survive the coming months. However, while the employee may in theory have these rights, practically there is the question of whether the employer would have the funds available to make these payments anyway.

How much can an employer claim?

The headline news contains the main answer her- an employer can claim for up to 80% of salary for each employee who remains in employment and is carrying out no work.

There is a limit on how much can be claimed though, with there being a monthly cap of £2500. The current guidance does not state whether this is a gross or net figure or whether the amount paid will be net or gross. No doubt that will become clear in the coming days.

There is however no overall limit to how much the government will pay out under the scheme.

It will be at the employers’ discretion whether they choose to fund any “top up” of the government monies to allow employees to remain on 100% pay during any period of lay off.

When will payments be made?

There is little guidance on this yet, but the Chancellor’s statement provided a timeframe of weeks. HMRC will be administering the scheme and more news on the specific process is expected early next week.

Does the employer need to repay the monies?

How long will the scheme last?

Initially, the scheme will run for 3 months. However, the Chancellor indicated it would be extended if necessary in the event the coronavirus pandemic is still disrupting the country at the end of the 3 month period.

The Chancellor’s statement also indicated the scheme would be backdated so claims could be made for employees placed on lay off from 1st March onwards. While the guidance is unclear, this would suggest the scheme’s initial term will be March, April and May.

With the country in turmoil this scheme will go a long way to assist employers to survive the next few months. With the perhaps uncharitable queries over how the government can properly oversee that the scheme is not abused and the longer term question of how funding such a significant scheme (the cost of this is estimated at circa £75 billion) will impact on the longer term financial health of the country and its businesses, it does seem as though this is a universally positive scheme which will put employers in a better position in a time of crisis.

Homeworking
Coronavirus: What Should Employers Know?