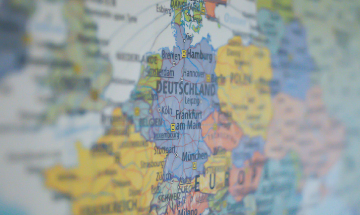 Why are changes being made?

The new regulations amend employment law to reflect the UK’s withdrawal from the European Union (EU) and the European Economic Area (EEA). They will only come into force in the event that there is no withdrawal agreement reached between the UK and the EU. The new regulations make largely technical amendments - designed to ensure legal clarity and certainty by removing or amending language that would no longer be appropriate. This would enable the existing statutory framework to continue to operate effectively, once the UK has left the EU and EEA.

If an agreement between the UK and EU is reached, this legislation will not be required.

What changes are being made?

The changes affect key employment legislation including the Employment Rights Act 1996 and the Working Time Regulations. Changes include the repeal of existing powers for the Secretary of State to make regulations related to the UK’s obligations under certain EU law – such as those concerning part time workers, fixed term work, parental leave and information and consultation, as well as removing references that relate to UK membership of the EU.

Impact - what do the changes mean for me/my business?

In regards to employment law generally and the regulations, little is likely to change immediately for employers. The UK government has committed to continuing to adhere to all EU based employment law if/ once the UK leaves the EU. As such, the UK tribunals and courts should still be taking decisions in the same way as they do at present.

The Department for Business, Energy and Industrial Strategy (BEIS) produced an explanatory memorandum which was laid before Parliament alongside the new regulations. It provides that the impact of the legislation on businesses, charities and voluntary bodies will be minimal. Similarly, there is no significant impact expected on the public sector.

As the amendments do not change current policy or rules, no action was proposed to minimise the impact on small businesses.

One area where employers may need to consider the impact of the changes is in respect of EWCs. EWCs are bodies representing the European employees of a company. EWCs consult with the management of the company on behalf of employees on a range of issues, and notify employees about significant changes at a European level which might affect their employment or working conditions.

A ‘no deal’ exit would effectively place the UK outwith the rules which govern EWCs. To address this, the new regulations make amendments so that no new requests to set up an EWC or use the information and consultation procedure can be made. However, provisions relevant to existing EWCs which can continue to operate unaffected by the new regulations shall remain unchanged. Furthermore, in the event that an information and consultation process, an information request or a negotiation to establish an EWC is ongoing on exit day, the process can reach completion.

However, despite the fact that BEIS described the impact of the new regulations as minimal, many commentators have suggested that Employers with existing EWCs may need to review the terms of their EWC agreement and consider whether they require amendment in light of withdrawal from the EU.

If you’d like further information on the impact of these new legislative changes, then please get in touch.

For further guidance on government planning with respect to a ‘no deal’ Brexit, please access the following link.