TUPE: Not just to protect employees? 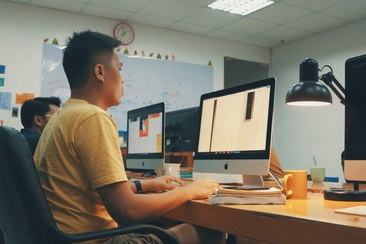 Employers will likely be aware of TUPE  (the Transfer of Undertakings (Protection of Employment) Regulations 2006), which operates to transfer the employment contracts of employees on the sale or transfer of a business or on a change of service provision. TUPE is a notoriously complex area of law. A recent employment tribunal decision has found that TUPE can apply to workers as well as employees, potentially added a further complexity for consideration.

The case is significant because TUPE has generally be considered to apply to employees only, meaning that self-employed contractors and those classed as ‘workers’ would be outside its scope. However, there has been some debate about this position for some time, particularly as to whether workers fall within the definition so that TUPE would apply to them.

The definition of ‘worker’ in the Employment Rights Act 1996 is someone who works under a contract of employment, or any other contract where the individual undertakes to personally perform services for a third party, and the contract is not such that the third party is a client or customer of a business run by the individual. This definition has led to numerous cases about who can be considered a worker (see previous blogs on the cases against Uber, Citysprint and Pimlico Plumbers in this regard).

The result is that there are effectively three classes of employed person: employees, self-employed people who are in business on their own account, and people under contract as self-employed but who perform services for another party and are not in business for themselves. It is the third of these which has been the subject of much litigation, and the trend has been to identify such individuals as ‘workers’, who have rights such as holiday pay, sick pay.

This case, Dewhurst and others v Revisecatch & Citysprint, was brought by three cycle couriers (Dewhurst being the claimant who previously brought the worker status case linked above). Citysprint had lost a contract that they worked on, which had been awarded to Revisecatch. The couriers argued this was a service provision change and that they should TUPE to Revisecatch. They made claims for failure to inform and consult and for holiday pay. The failure to inform and consult claim could only proceed if they fell within the definition of ‘employee’ for the purposes of TUPE.

This is potentially wider than the definition of employee in other legislation because of the inclusion of the words ‘or otherwise’. It expressly excludes those working under a contract for services, which would generally refer to people who are self-employed and in business on their own account. The question was whether the third category mentioned above - those who could not be said to be in business on their own account and have generally been found to be ‘workers’ - are covered by the definition in TUPE.

The tribunal in the Dewhurst case considered the Acquired Rights Directive: the European directive from which TUPE derives. The tribunal noted that the Directive defines employee as anyone who is protected as an employee under national law. It considered that those who can be classed as ‘workers’ are protected under national law in that they can bring claims for discrimination, as they are included in the definition in the Equality Act 2010. If these rights did not transfer, this would be prejudicial. The tribunal considered that the words ‘or otherwise’ were sufficient to include contracts within the definition above in the Employment Rights Act (i.e. those who perform services and are not in business on their own account) and therefore people working under such contracts fall within the scope of TUPE.

It should be noted that this is a first instance tribunal decision, which means that it is not binding on other tribunals. However, it is likely that the decision will be appealed, meaning that the decision of the Employment Appeal Tribunal (or higher courts should it be further appealed) will be binding. If the EAT agrees with the tribunal, this decision will have significant implications where there is a TUPE transfer affecting a business which engages ‘workers’, as they will transfer when they might not have been considered to in the past. Workers do not have the right to bring claims of unfair dismissal so the implications of them being dismissed as a result of the transfer are minimised, but they will still be able to make claims for failures to inform and consult or in relation to changes to their terms and conditions.

The obvious difficulty in the meantime is that there is no binding decision on this issue, so employers do not necessarily have to proceed on the basis that workers are within the scope of TUPE until there is such a decision. Employers may wish to wait for the outcome of any appeal and in the meantime treat workers as not being within the scope of TUPE, although workers may seek to bring claims founding upon this case, so it is advisable to consider the risks and circumstances in any given case.