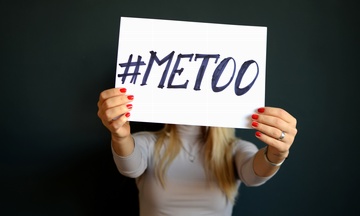 In October, our Chairman and Head of Employment Marie Macdonald delivered a seminar to members of the Scottish Discrimination Law Association regarding sexual harassment, particularly in the legal profession. We have provided a summary of her talk for this month’s newsletter:

The issue of sexual harassment, including in the legal profession, is in the spotlight primarily due to the #MeToo movement, which has exposed the dark underbelly of many organisations, confirming that, sadly, sexual harassment is alive and well.

You may be forgiven for thinking this would not be an issue in the legal profession, as those in the legal profession are tasked with “upholding the law, maintaining the highest ethical standards and advising other professions to do the same” – distressingly, the “profession is rife with bullying and harassment”. This is not just a personal opinion, as shown in a 2019 report by the International Bar Association (IBA) titled “Us Too? Bullying and Sexual Harassment in the Legal Profession’.

It has to be remembered that in the past the legal profession has been on the wrong side of many litigated cases, particularly discrimination cases, where legal firms have acted in various discriminatory ways towards workers. The history of the legal profession as upholders of the law and maintaining the highest ethical standards is somewhat tarnished even before the publicity of the #MeToo movement. The main point of reference for all of us in the legal profession in looking at the issue of bullying and sexual harassment is the IBA Report.

The International Bar Association (IBA), established in 1947, is the world’s leading international organisation of legal practitioners, bar associations, law societies, law firms and in-house legal teams. The IBA influences the development of international law reform and shapes the future of the legal profession throughout the world.

The report shows that more needs to be done. Of respondents’ workplaces, 53% had policies and 22% undertook training to address bullying and sexual harassment. Targets of such behaviour do not report it in 57% of bullying cases and 75% of sexual harassment cases. The reasons for not reporting include the status of the perpetrator, fear of repercussions and the incident being endemic to the workplace.

The Law Society Equality & Diversity Committee is looking at the Us Too? Report in-depth to see how we in Scotland can take forward its recommendations.

The Scottish Government held a ‘Women in Law’ event and challenged the profession in a speech by the Lord Advocate to do the following:

Progress can’t be made until the profession grapples with the idea that we have much to do. This includes unconscious bullying. It is not just the way it is! Law Society of Scotland is putting toolkits together to have women in the workplace tell about their experiences of bias/prejudice etc.

However, there are many issues with reporting, such as young professionals not raising issues due to concerns their name would be reported in legal press and cause risk to their career. We need to get to the point that complaints can be reported in confidence and will be dealt with. There may be test cases where if there are significant sanctions (struck off, suspended, fined etc.) which could be the tipping point. However, there are no test cases yet.

The Law Society of Scotland want me to emphasise that time has been called on the way it has been in the past. Bullying and harassment complaints will be taken very seriously and will be dealt with.

Although this looks at the legal profession particularly, research shows similar patterns across a number of sectors in respect of sexual harassment, particularly it being under reported due to factors such a fear of repercussions, career implications or the perception that nothing will be done. The recommendations of the IBA could equally apply to any business or profession. If you are a manager or run a business, consider what policies and processes are in place and whether there could be improvements to try and stamp out this kind of behaviour.

More posts from author
Friday, 15 May 2020 Litigation Solicitor (Predominantly Family Law) Vacancy
Tuesday, 05 May 2020 How can I avoid making redundancies in the coronavirus crisis?
Monday, 04 May 2020 What are my rights to sick pay during the coronavirus (COVID-19) pandemic?