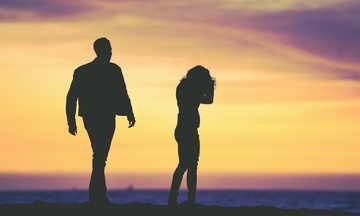 Reaching the difficult decision to separate or divorce whilst living abroad will undoubtedly result in many uncertainties about how best to part ways.  There could be issues surrounding division of matrimonial property or arrangements for children to consider, amongst other things.  For those living away from their own country, things can often be more difficult.

If you are proceeding with divorce, you need to establish the court which has jurisdiction to deal with the matter.  For divorce, the link is usually either where you are living or where you are “domiciled” (which means where your home country is).

Where can I divorce?

It is often the case that UK citizens living abroad wish to deal with matters such as divorce in the UK.  If both spouses reside abroad but are only living in that country temporarily, they will probably retain domicile somewhere in the UK. It is possible to start divorce proceedings in either Scotland or England based on the “domicile” of only one spouse. The “domicile” does not refer to the UK as a whole.  Instead, domicile would either be in Scotland, England and Wales, or Northern Ireland so, theoretically, there could be a choice between Scottish and English legal systems for example.

Of course, you should consider the option of divorce, if available, in the country which you reside as local law may offer a solution to the situation.

The move abroad is often triggered by one person’s career. The career and pension of the other spouse could be adversely affected.  It can be difficult to obtain employment in the new location. In the event of separation, the non-working spouse may feel that their sacrifices should be taken into account in the division of matrimonial assets. Whether or not that will happen will depend upon the particular circumstances and also the legal system used. For example, in Scots Law, the starting point is that matrimonial assets are divided equally, but one party can seek a greater share of the assets if he or she has been “economically disadvantaged” in the course of the relationship which could, of course, include sacrificing a career in the interests of the other spouse.

Can I come home?

On separation, it is common for a spouse to wish to return “home”. Whether or not that will be easy will depend, largely, upon whether or not there are children.  Many countries have signed up to the Hague Convention and Child Abduction, which prevents children from being removed from the country in which they were living without both parents consenting. If such consent is not forthcoming, then the spouse who wishes to move with the children would have to apply to the court for an order allowing relocation of the children to take place.

If you are in one of the situations described above, it is important to obtain proper advice as soon as possible. You may wish to obtain advice both in the country in which you are living and also from a solicitor in Scotland, England and Wales, or Northern Ireland respectively if you have only been living abroad on a temporary basis or you wish to relocate to the UK with children.
Tweet

SPOTLIGHT ON… SEXUAL HARASSMENT
‘Tis the Season of Goodwill – An online shopper’s ...