HR Brief: The Coronavirus Job Retention Scheme: what do we now know? 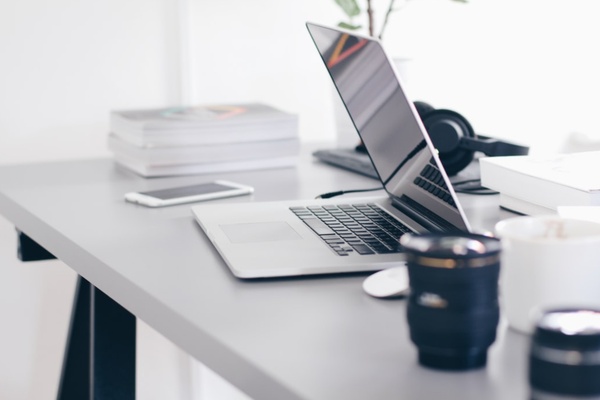 In our blog posted on 27th March, we gave an overview on what the government’s Coronavirus Job Retention Scheme (“the scheme”) meant in practice. The government’s initial guidance on the scheme was welcome but contained a number of gaps which created issues for employers in being clear on what they could and could not do within the parameters of the scheme and for workers in knowing what their rights are.

There has been a recognition by the government of the grey areas in the initial version of the scheme rules. Indeed, since that initial guidance was published there has now been 5 iterations of the scheme, the most recent only being announced late on the afternoon of Friday 17th April.

The updated guidance can be found here.

Finally, ACAS has also issued some guidance on the scheme which can be found here.

Below we focus on the main issues which the updated guidance has sought to clarify. This should be read in conjunction with/as an update on our initial blog of 27th March.

What legal effect does the scheme have?

It has now been made abundantly clear by the government that the scheme sits on top of (rather than replaces or overrules) general employment law principles. As such, it is dangerous to read the scheme on its own terms without bearing in mind employers can only amend a workers terms and conditions in accordance with the applicable contract and/ or in accordance with the normal statutory rules.

One of the biggest difficulties with the scheme is it has not been introduced in the manner legislation usually is. It is given effect solely on the basis of the Treasury Direction and government guidance: it is not regulated by an act of parliament or statutory instrument. A scheme of this nature would normally take at least 12 months to move through the legislative process before becoming law. It is to the government’s credit that it has been able to implement the scheme so quickly, but it does raise the question as to how certain the scheme rules are.

In this regard there are two issues to consider:

As such, there are two ways in which an employer’s decision may come under scrutiny.

What are the main changes that have been introduced?

This third criteria is wide but does mean that there are some limits to those workers claims can be made for.

The Treasury Direction appears to have altered the position on what documentation is required. The initial guidance suggested all that was needed was a written instruction form the employer, with no express consent form workers agreeing to be furloughed being required. However, the Treasury Guidance states that it must be “agreed in writing” that the employee and worker have agreed that the worker will cease work. This would suggest that the worker must have also expressly given consent to cease work in writing. If this is indeed what the Treasury Guidance requires, the absence of the worker’s consent in writing to being furloughed under the scheme could invalidate any claims made by employers. Employers would be well advised to ensure they have written consent from workers and if this is not presently held, should be chased up as quickly as possible so as to ensure any otherwise valid claim is not rejected or payment of the grant is delayed.

Where such agreement is not obtained, then workers may have the right to bring claims of unlawful deduction of wage, breach of contract and (for employees) unfair constructive dismissal if the change in terms and conditions is impose unilaterally. If the employer wishes to place an employee on furlough under the scheme to avoid redundancies, this may act as incentive to employees to agree to the change. Where a worker is placed on furlough in circumstances where the employer is topping up pay to 100%, the risk of these claims is likely to be reduced to nil.

As the scheme is subject to general employment law, there are some other points to bear in mind if consideration is being given to re-engaging an employee and placing them on furlough under the scheme (where it can be evidenced that employment had previously ended for a coronavirus related reasons):

If an employer agrees to re-engage an employee to provide them with the benefits of the scheme, it is sensible to have that employee sign a “Furlough Agreement” which would regulate what will happen when the scheme ends.

Where a company director is furloughed, they can only undertake work to fulfil a duty or other obligation arising from an Act of Parliament relating to the filing of company's accounts or provision of other information relating to the administration of the director's company. This is very narrow.

As there is no right to be furloughed, when deciding if and who to place on furlough an employer is not required to carry out a competitive selection process akin to that which would be carried out in deciding who should be selected for redundancy.

This being said, and again bearing in mind that the scheme is subject to the usual underlying principles of employment law, employers must avoid using any discriminatory factors in deciding who to place on furlough under the scheme.

Where a worker wishes to take leave they must receive 100% of their normal pay for periods of holiday taken. This means the employer is required to top up the payment made under the scheme where they are not doing so already.

Again, the right to take annual leave will be subject to normal employment law rules, so the employer retains a right to veto any leave request and the employer can also dictate that a worker takes periods of leave during the furlough period, in accordance with the general right laid down in the Working Time Regulations.

Finally, some further helpful guidance has been issued to assist employers with the technical requirements of submitting claims and how to calculate how to assess how much can be claimed:

The scheme will inevitably lead to a number of further queries by both employers and workers and, unfortunately, disputes would also seem certain at some stage in the future.