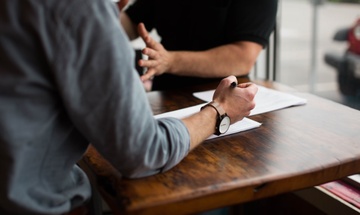 In an important decision for employers to be aware of, the Supreme Court has decided that a dismissal was unfair where the employee’s line manager constructed a performance management case against her because she was a whistleblower (having made a protected disclosure). The manager who took the decision to dismiss did not know about the whistleblowing, leading the tribunal initially to decide that this could not have been the reason for dismissal. However, the Supreme Court have now concluded that where the real reason is hidden behind fabricated evidence, it is that real reason which is attributed to the employer.

The case of Jhuti v Royal Mail Group Ltd arose after Ms Jhuti made a protected disclosure to her line manager, Mr Widmer. She had been shadowing a colleague and believed the colleague was breaching company policy and regulatory guidance in a manner which appeared designed to help her achieve targets and ultimately secure a bonus (and indirectly a bonus for Mr Widmer). Mr Widmer pressured Ms Jhuti into admitting she was mistaken about this and retracting the allegation. However, Mr Widmer then subjected Ms Jhuti to intensive scrutiny in relation to her performance, contacting HR, criticising her frequently and eventually setting a performance management programme with unfair objectives, including that she disclose contacts she had made in previous employment, which Ms Jhuti was concerned she could not lawfully do, and that she therefore was being set up to fail. Ms Jhuti raised these concerns with HR and noted she believed Mr Widmer’s conduct was a result of her having made the disclosure. Ms Jhuti eventually was signed off work due to work-related stress, anxiety and depression and was later dismissed for poor performance. Ms Jhuti was too unwell to contribute to the process leading to her dismissal. The manager who made the decision to dismiss was Ms Vickers, who had not dealt with Ms Jhuti before and did not know anything of the history behind the matter. She was instructed to ‘review’ the evidence rather than investigate matters herself. She relied on the information provided by Mr Widmer and his assurances that he had dealt with Ms Jhuti’s concerns that she raised in her protected disclosure.

Ms Jhuti appealed to the Supreme Court, and it has recently handed down its decision. The Supreme Court upheld Ms Jhuti’s claim. It acknowledged that the facts of the case were ‘extreme’ and it would not be common to find cases where decisions to dismiss have been taken for a reason dishonestly constructed by a different manager.

In this case, the court noted the real reason for dismissal was the Ms Jhuti had made a protected disclosure, and the legislation clearly envisages in this situation the automatic consequence should be a finding of unfair dismissal. It noted that the key question is, where the decision is taken to be one made be a corporate entity, which person is taken to have the state of mind which is said to be attributed to the company?  Mr Widmer had deliberately taken steps to create a fictitious reason for dismissal, which had been adopted in good faith by the decision-maker in deciding to dismiss. The Supreme Court held that where a person in the hierarchy of responsibility above the employee determines they should be dismissed, but hides the reason behind an invented one, the reason for dismissal is the real ‘hidden’ reason.

The reference to a person in the hierarchy of responsibility above the employee indicates that the person who harbours the real reason for dismissal and takes steps to create a fictitious reason must be at a higher level than the employee in order for their state of mind to be attributed to the employer. This begs the question of whether the decision would differ were the fictitious reason constructed by a colleague of the employee at a similar level who would not have influence over a manager or be in a position to make a decision to dismiss. This may be a matter which is addressed in future should the circumstance arise, but it is likely such a case would be particularly specific to its own facts.

More broadly, what does this decision mean for employers? It is a significant decision, as it shows that the fact that the decision-maker did not have the ‘real’ reason in their mind in taking a decision to dismiss does not necessarily prevent the dismissal being unfair. The Supreme Court observed that such situations are likely to be uncommon and acknowledged that in most cases, an employee will contribute to the process and dispute the reason for the dismissal, which will allow the employer to address any ‘rival versions’ of the reasoning behind the process in making a decision.

However, this case illustrates the potential importance of investigating such ‘rival versions’ and any allegations that a manager may have constructed an unfair performance process or similar to hide the real (unfair) reason for wanting to dismiss an employee. If an employee raises that this is what is happening, it would be advisable to scrutinise matters in more detail rather than simply accept the information of a manager an employee has explicitly alleged is orchestrating their dismissal unfairly. Given it is advisable to have carried out a robust investigation in any case, it will usually place the employer in a better position to have considered this point should it be raised.

Misconduct at Christmas Parties
TUPE: Not just to protect employees?