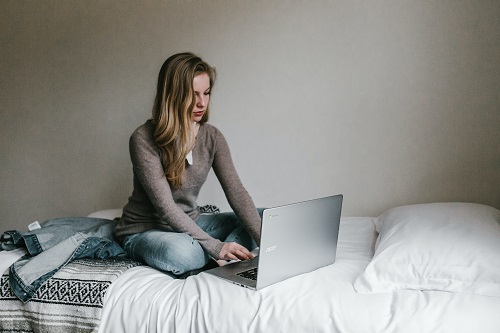 On Friday 29th May, the Chancellor announced further changes to the Coronavirus Job Retention Scheme (CJRS) going forward. Detailed guidance on these changes is still to be published and we understand it is expected on 12th June. At the moment, the key changes announced are as follows:

Extension of scheme and closure to new entrants

The indication from this is that the government expectation is that employees will receive a minimum of 80% of their pay at all times, and employers cannot reduce the amount the employee is receiving in line with the government contribution.

More specific details are likely to be included with the anticipated guidance on how these changes will operate. At the moment, it appears employers will have to resume all responsibility for employee pay from the end of October and make decisions about what will happen to furloughed employees going forward.

Agreement to be furloughed

It was previously unclear whether there requires to be a written agreement with employees who are furloughed. The Direction clarifies that an employer must agree with an employee that they are being furloughed, confirm this to them in writing (which can be electronically), and keep a copy of that written notice for five years. This appears to indicate there is no need to enter into a specific written agreement where the employee gives their consent.

What is important to note is that the change must be expressly or impliedly incorporated into the employee’s contract, so the notice should state that changes are being made to the contract of employment. The agreement can also be by collective agreement through a trade union. There is also reference to the notice setting out the terms and conditions which apply in relation to the employee ceasing work. In most cases, this will be straightforward as the employee’s terms and conditions will otherwise be remaining the same, but it is important to be clear that they will only receive 80% pay if the employer is not ‘topping up’ the payment under the scheme, and whether there are any other changes to remuneration or benefits.

The Direction clarifies that company directors who are furloughed can carry out ‘work’ to pay the ages of employees and make claims under the CJRS without being considered to be working and thus taking themselves outwith the scope of the scheme, which is a useful clarification.

What pay is included?

There has been confusion over what should be included in ‘regular pay’, with guidance previously suggesting this would not include pay which is ‘conditional on any matter’, which would appear to exclude payments like commission which are dependent on sales or performance. The new Direction appears to confirm that overtime and other regular payments are included if they are non-discretionary, which the Direction defines as including overtime, fees, commissions or piece rate, payments in respect of additional or exceptional responsibilities or related to the time or circumstances of duties (such as night time rates) or any payments similar to these, as well as any payment which is calculated in a way prescribed by a legally enforceable agreement, understanding, scheme or transaction. This would suggest that the payment would include anything the employer is obliged to pay under the employee’s contract of employment.

The rules dictate that an employee cannot be on both furlough and sick leave at the same time. The Treasury Direction clarifies that the period of furlough begins when the period of incapacity ends, and the employer and employee should agree that a period of incapacity will end and the employee can furloughed. This is not dissimilar to usual arrangements where an employee would effectively agree with an employer that they are able return to work from sick leave. This suggests that employees who are on sick leave for reasons such as shielding or self-isolating on medical advice but are not actually physically unwell can agree with the employer that they be furloughed (if the position is that they would otherwise be furloughed were they at work).

Keep an eye on our blogs for further information following the publishing of further guidance. Over the next few weeks, we will also be looking at short and longer term implications for business in returning employees to the workplace.

Returning to Work after Lockdown – Short term issu...
May Newsletter