Forced Retirement – Is It Justified? 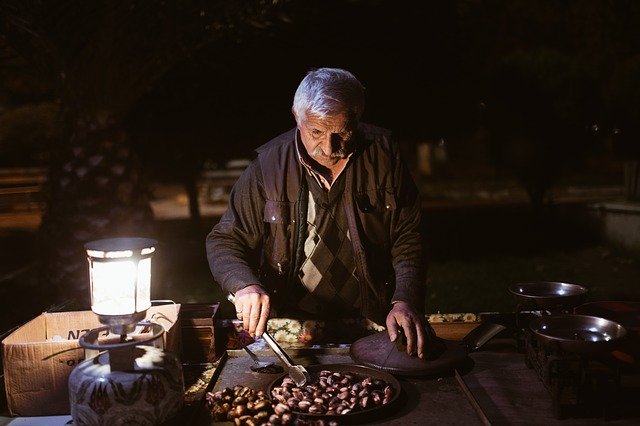 The BBC recently reported on the case of a professor who won a claim for age discrimination against Oxford University. The case related to a compulsory retirement age operated by the university, something which is unusual now since the abolishment of the default retirement age in 2011. Since that time, employers have had to decide whether to have a fixed retirement age or not. However, this needs to be a carefully considered decision as doing so is, on the face of it, directly discriminatory on grounds of age.

Unlike other forms of direct discrimination, direct age discrimination can be justified on the basis that it is a ‘proportionate means of achieving a legitimate aim’. Indirect discrimination can also be potentially justified on this basis, but there are slightly different tests which apply. The key difference is that where there is direct age discrimination, only social policy aims will be legitimate aims which potentially justify otherwise discriminatory actions. Therefore, the employer must be pursuing some form of social policy related aim which has a public interest element, such as those related to employment policy, the labour market or vocational training, rather than an aim related to the private interests of the employer.

Examples of legitimate social policy aims may include: promoting access to employment for younger people, efficient succession planning in relation to departure and recruitment of staff, sharing employment opportunities fairly between the generations, promoting the exchange of experience and new ideas, rewarding experience, facilitating the participation of older workers in the workforce, and avoiding detriment for long serving employees who may find it difficult to obtain new employment if dismissed.

The legitimate aim relied on must actually be relevant to the individual circumstances of the employer. For example, the aim of increasing the recruitment of young people may be a legitimate aim, but if that employer has no difficulty recruiting young people or has a fairly young workforce then they would not be able to rely on this in the circumstances.

Further, where there is a fixed retirement age, any legitimate aim being used to justify this policy must be being pursued in a proportionate way. Proportionality requires balancing the discriminatory effect against the aim being pursued, consideration of whether the measure is appropriate or reasonably necessary to achieve the aim, and whether there are less discriminatory means by which the legitimate aim can be reached. If the measure is highly effective, the balance may be more in favour of the Respondent, but a trivial effect may not outweigh the discriminatory impact.

This can be seen in operation in the recently reported case, brought by Professor Ewart. His former employer, Oxford University, operates an ‘Employer Justified Retirement Age (EJRA) policy. Under this policy, professors are required to retire in the September of the year they turn 67, which meant Prof. Ewart was due to retire on 30 September 2015. However, an extension could be sought and this was granted to Prof. Ewart under the policy in the form of a fixed term contract for a further two years, meaning he was then to retire on 30 September 2017 at the age of 69. Prof. Ewart applied for a further extension at that time, but this was rejected and he was dismissed.

It was accepted that the policy was directly discriminatory on grounds of age, but the University sought to justify it on the basis that it was in pursuance of the following legitimate aims:

These were accepted as legitimate aims other than the fifth, as it was found not to be a public policy aim and there was no evidence that this actually addressed a problem the University had. Succession planning was accepted insofar as it allowed for predictable vacancies, but not on the basis that it facilitated internal promotion as there was no evidence that there was a particular policy of this occurring.

The tribunal noted that the dismissal of older workers does not directly assist these aims – it is the creation of vacancies which arise from that: vacancies which are predictable into which younger and more diverse colleagues can be promoted.

The key issue was therefore proportionality. The tribunal had noted that age is not determinative of the standard of work, and the maintenance of high standards was not necessarily directly relevant. It concluded the compulsory retirement was not proportionate in achieving the aim of maintaining high standards, as it was a blanket policy. There were more obvious, effective and non-discriminatory ways of addressing this issue, such as performance management or redundancy of those working in areas of research the university no longer wished to pursue.

In relation to diversity, there was a particular focus on gender diversity. The tribunal noted that the creation of vacancies through compulsory retirement is not the only way in which this could be achieved, and the University in fact had more than 20 other measures it was taking to achieve greater gender diversity. The tribunal considered that intergenerational fairness could be promoted through mentorship programs and succession planning through having open discussion with staff about their future plans (it being noted many may leave for other reasons including ill health or voluntary retirement).

The tribunal concluded that the scheme had a ‘highly discriminatory effect’, there were other ways of achieving the aims relied upon by the University and, importantly, the University had not produced any evidence of assessment of the level of vacancies created by the EJRA which would not otherwise have arisen. The University therefore could not justify that the EJRA was reasonably necessary to achieve its aims, nor could it show whether it was actually assisting in achieving them.

Therefore, the tribunal found the Claimant had been discriminated against on grounds of his age and, because his compulsory retirement amounted to unlawful discrimination, it could not justify his dismissal, and therefore his dismissal was unfair  (although for other reasons related to procedure it would have considered the dismissal unfair anyway).

This is a first instance tribunal decision and simply applies existing law, but is a useful illustration of the principles relating to the justification of a compulsory retirement policy. It shows that there must be significant justification of a policy which has a blatantly discriminatory effect and, where it cannot produce clear evidence showing that the policy is relevant to and achieving its stated aims, an employer may struggle to justify such a policy.

We act for both employers and employees, allowing us to take a balanced view on those issues with which our clients require assistance. Contact us on 0141 221 1919 or fill in our online contact form.

Gone but not gone forever – how to restore a disso...
SHORT-TERM LET LICENSING: A TSUNAMI IN PROSPECT