Occasional Licences – Should there be limits? 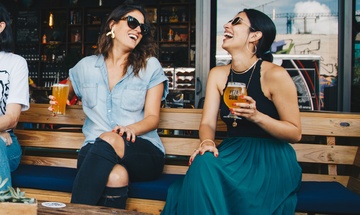 Over the past couple of years the spotlight has been very much on occasional licences with a number of Licensing Boards expressing concerns about their long term use for ‘normal trade’ and suggesting in new Policy Statements that they should not be used as a way of circumventing the licensing process.  Boards have also voiced dissatisfaction at the £10 fee which they have no discretion to increase as it quite simply does not cover the administrative costs of processing the application. When the Licensing (Scotland) Bill was first published in February 2005, no account whatsoever had been taken of the need to build in a provision for occasional licences. They were later hastily added and there have been concerns for a long time that the approach to them is deficient.

The consultation process for an occasional licence is far less scrupulous than that for a ‘permanent’ licence. Overprovision is not a matter to be considered, certification is not required from Building Standards, Planning or Environmental Health, neighbours are not notified, except by way of an advert on the Council website, and a hearing before the Board is only required where there are reports or objections. Once granted a premises trading on an occasional licence does not need a premises manager, signage is not required and staff do not need to be trained unless the Licensing Board attach additional conditions to that effect.

Despite the criticisms of occasional licences l am of the view that they continue to have a key part to play. One Licensing Board’s website just last week showed over 100 adverts for occasional licences for events in church halls, highland games, fetes and gala days. Putting a limit on these types of events, setting the fee too high or adding unrealistic criteria to be met in terms of certification would very quickly but the brakes on lots of events across the country.

Also very often we have clients who through no fault of their own seek to rely on occasional licences to open a new venture as the full licence is not yet approved. Provided these applicants can demonstrate that there are no large public safety gaps and that the licensing objectives are not compromised it would seem unfair to limit the use of occasional licences in these circumstances.

If you do have strong views on occasional licences you can share those here https://consult.gov.scot/criminal-law/occasional-licences/ until the consultation closes on 16th July 2019.

May Newsletter 2019
Mortgage Payments Upon Separation