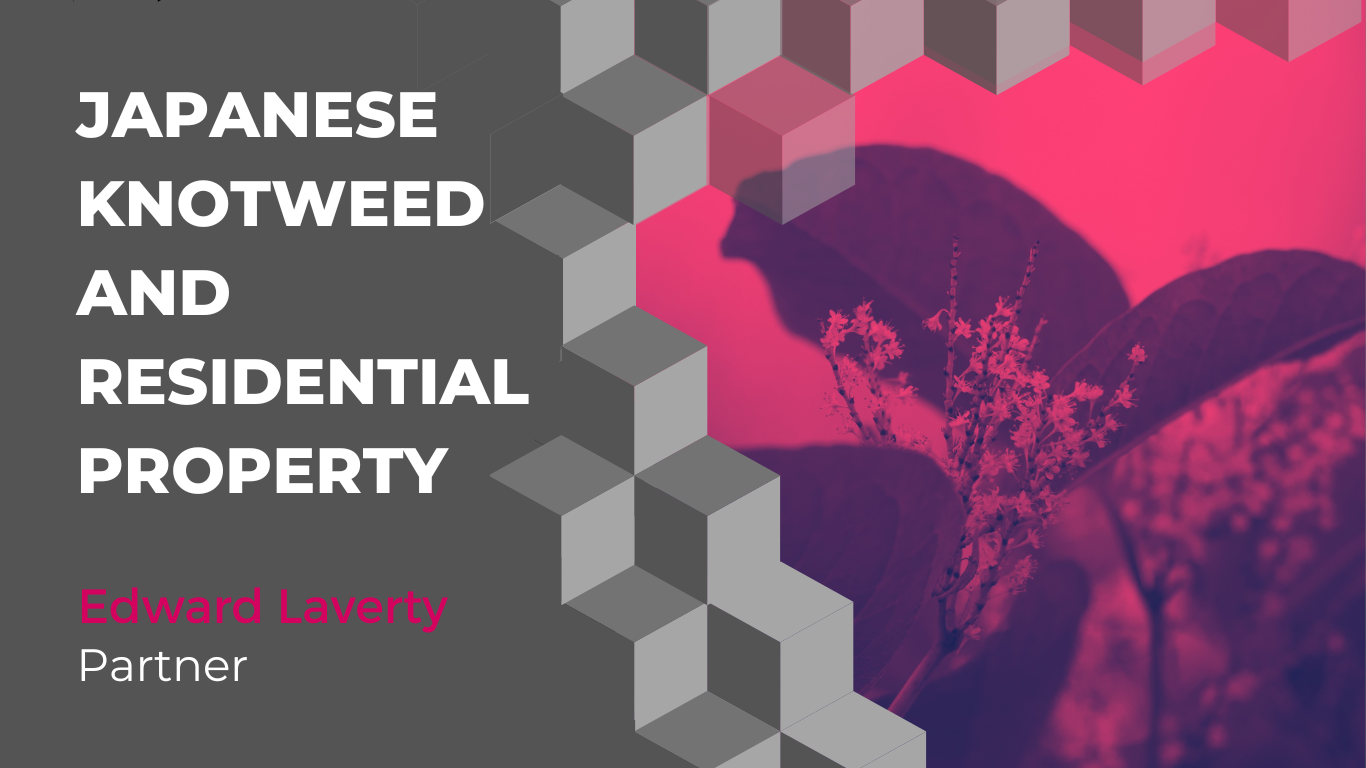 Garden predators are taking root in the courts, as householders take action to fight off plant invaders that can be highly destructive and undermine property values.

Japanese Knotweed is a highly invasive, aggressive and fast-growing plant which can cause structural damage to buildings, with roots that can spread several metres. Proprietors are starting to take legal action against neighbours when Japanese knotweed has taken root.

Even the smallest amount of root material is enough to allow new growth, meaning removal usually involves costly specialist waste disposal. Classified as hazardous waste, property owners can be fined if they allow contaminated soil or plant material from Japanese knotweed to spread in the wild.

Property values may be downgraded significantly where knotweed is present. In Wales, landowners took action against Network Rail after Japanese knotweed grew into their garden from adjoining railway sidings. In spite of there being no physical damage, the court ruled in their favour saying that the presence of Japanese knotweed was sufficient reason for compensation, as it had the potential to seriously affect the market value of a property. The judgement was later upheld by the Court of Appeal.

In another English case, the owners of a property in London are claiming £250,000 in compensation from their neighbours, saying that a failure to deal with knotweed has devalued their house, which would otherwise be worth £1.67 million. Typically, mortgage lenders have restricted their lending on properties that are affected by Japanese Knotweed and homeowners have found themselves having difficulty in selling, or are finding the value of property significantly reduced.

Attitudes may however be changing and this year the Royal Institute of Chartered Surveyors (RICS) has issued new guidance for valuing property where knotweed is present. The RICS guidance for its surveyor members on how to assess the impact of any infestation suggests that previous parameters were overly strict and marks the end of the so-called “seven metre rule”. It also marks a shift in stance on managing any infestation, from permanent removal to achieve eradication towards management of the problem through herbicides.

Our property partner, Edward Laverty, commented: “While there may be a shift in future, until we see clear evidence of a greater acceptance of knotweed from surveyors and lenders, the message has to be to keep on top of any infestation, whether on your own property or in a neighbouring garden."

“Where you know it to be present on adjoining land, you should get a request on record for the neighbour or landowner to ensure it does not spread over the boundary. And once there is evidence of it crossing the boundary to your property, you may have grounds for a nuisance claim, and to ask for an eradication programme and guarantees from a specialist company, as well as seeking compensation.”

Edward Laverty added: “Your home is often your biggest asset, so it’s important to protect it - whether you’re planning on moving in the near future or not. If it’s on your land, while there is no legal requirement to remove Japanese knotweed unless it’s causing a nuisance to neighbours, inaction is likely to result in a bigger problem in the future.

Certainly, when a property is being sold, part of the conveyancing process includes a comprehensive questionnaire for the owner, which includes asking whether Japanese knotweed has ever been found on the property.”