Is it an early bed for Glasgow’s Airbnb scene? 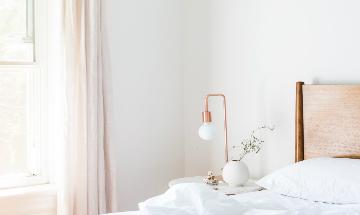 In March 2017, Glasgow City Council released new regulations surrounding short-term rentals, such as Airbnb. However, it was not until December 2018 that Airbnb landlords felt the full brunt of these rules. The regulations mean that a person is not allowed to rent out a flat as part of a short-term rental if that flat contains a close with a shared entrance, with very few exceptions to this rule. Understandably, this could pose a problem for the future of click-and-go rental services in Glasgow. Only last month, a local man lost his case before the Scottish Government under the new regulations, and has been formally banned from running an Airbnb from his home in Glasgow’s West End. This marks the first time ever that an enforcement notice has been issued by the council on this matter.

The Regulations – What You Need To Know:

So what does all of this mean for you?

- You will not get permission for your flat to be let through Airbnb “if it is within a close with a communal entrance,” (as per a statement from a Glasgow City Council spokesperson)
- You could get permission if an individual room of a flat is let out, provided that you are also staying there at the same time.
- Any accommodation arrangement you make which is against the regulations could be investigated by the council, if a complaint is raised.
- The enforcement system is entirely complaints-led.

Why are the regulations in force?

A spokesperson for the Scottish Government explained the reasoning behind the regulations and the legal case. He said that other residents in a building would find it difficult to know who is living in a particular flat at a particular time. Even more important is that residents could find complete strangers in private areas of the block, which may be a problem for some. This would mean that you would be changing the intended use of the flat, and breaching the regulations as a result. The claimant in the recent case argued that renting his flat through Airbnb did not necessarily mean a “change of use” from other similar flats, but the Scottish Government did not see it this way.

Other residents are not so enamoured with the click-and-go rental boom. Some have vocally supported the Scottish Government’s decision, and have lamented the rise of Airbnb in Scotland’s most populous city. Now that the seal has been broken, could this mean a rise in complaints against Airbnb rental properties?

What does this mean for Glasgow’s Airbnb renters?

While Glasgow became Scotland’s first city to introduce stricter regulations in this area, Edinburgh City Council has since called for further restrictions on the practice. These may include levying tourists £1 per night per let, or restricting the number of days per year that a property can be let through Airbnb. Under the Glasgow regulations, those who fail to cease trading after a successful complaints investigation could face a fine of £2,000. If these practices turn out successfully for the council, we could soon see Scotland’s other major cities follow suit. The question remains as to how these regulations will affect Glasgow’s thriving tourist scene in the short term, and indeed Scotland’s as a whole in the long term.

If you would like more information on how this affects you or your business, then please contact Miller Samuel Hill Brown on 0141 221 1919, or e-mail This email address is being protected from spambots. You need JavaScript enabled to view it..