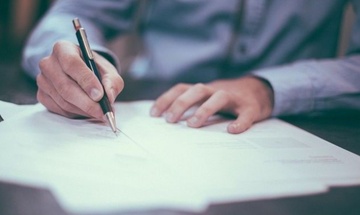 In Scotland, if you die without a Will and are cohabiting at the time of your death, then your partner will be entitled to make a claim on your estate. Prior to the Family Law (Scotland) Act 2006 coming into force, it was possible for partners to access property and inheritance rights by establishing a “common law marriage”. However, the 2006 Act was introduced in recognition of the increasing numbers of cohabiting couples who chose not to marry and it provided a framework of rights for those cohabitees.

Cohabitants are defined as a man and woman who were living together as if they were husband and wife, or two persons of the same sex who were living together as if they were civil partners. Ultimately, the Court determine whether the couple could be defined as cohabitants and a number of factors will be looked at when making this decision. There is no requirement for a couple to have lived together for a set length of time before they could be deemed to be cohabitants, but obviously, the longer they have lived together, the more likely it is that they will be recognised as such.

The claim by a cohabitee on death is dealt with by section 29 of the 2006 Act and it provides the Court with absolute discretion as to the validity and value of the claim. This means that there is not a set amount that a cohabitee is entitled to. Instead the Court will look at various different factors, including the size and nature of the estate, any benefit already received by the claimant as a result of the death (e.g. proceeds from a life policy nominated to the surviving cohabitee), and any financial dependency during the relationship, before deciding how much a surviving cohabitee is to receive. A cohabitee cannot, however, receive more than a surviving spouse would if their husband/wife died without a Will. The Court may order payment of a cash sum to the cohabitee from the deceased’s net estate or the transfer of assets.

There are time limits which are strictly applied when it comes to submitting a claim and, as matters stand at present, cohabitants only have 6 months from the date of death to lodge a claim. This is a short window of time given that it is a distressing period for the surviving cohabitee and they may not be aware of the need to lodge a claim within a specified time.

It is important for a cohabitee to seek legal advice following their partner’s death in order to assess the prospective value of any claim and the likelihood of success, and to ensure that the claim in lodged within the six month time limit. If a deceased is survived by a cohabitee and a spouse, the cohabitee’s claim ranks second to that of the spouse, which means that the spouse’s entitlement will be deducted before the value of the cohabitee’s claim can be considered. In many instances, the spouse’s claim may exhaust the entire estate, meaning that there are no assets remaining for the cohabitee to claim against.

Given the difficultly which lodging a claim on death presents, it is advisable for any cohabitants to make Wills which regulate what is to happen and clearly set out what, if any, portion of their estate is to pass to their partner on death.

Tweet
The Amended Planning (Scotland) Bill – a missed op...
Do employees have an absolute right to freedom of ...