“The Winds of Change” – The ScotWind Programme 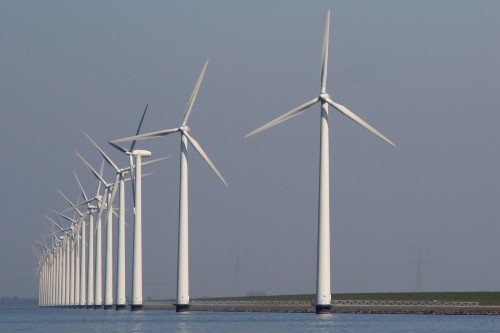 On Monday 17th January, Crown Estate Scotland (the Scottish Government Corporation responsible for management of property in Scotland owned by the monarch) announced that 17 of 74 bidders had been successful at this stage of the ‘ScotWind’ programme. The successful bidders have been granted an opportunity to take the lead in the development of Scotland’s off-shore windfarms and help drive the nation towards its target for net-zero carbon emissions by 2045.

How does the ‘ScotWind’ programme work?

The programme is the first of its kind in Scotland for over a decade.  The successful bidders have been granted rights over specific areas of the Scottish seabed by Crown Estate Scotland to construct windfarms within 10 years, provided that they pay the option fee. Crown Estate Scotland cannot accept any other bids now unless the current applicants fail to develop the seabed within the 10 year period. Once the seabed has been developed, Crown Estate Scotland will lease the seabed to the developers, or their successors, in exchange for an annual rental figure.

Benefits of the ‘ScotWind’ programme

From an environmental stand-point, the programme represents a significant stepping stone in the development of renewables in Scotland, with the 17 projects covering an area of over 7000km2. The wind-farms will produce large quantities of ‘clean’ energy that will assist in the growing electrification of the Scottish economy as we move towards net zero.

From a financial stand-point, it is estimated that approximately £700m will be paid by the successful applicants in option fees and passed to the Scottish Government for public expenditure. This significant figure takes no account of future rental revenue. The economic benefits will be felt across the nation but also more specifically in the local communities that will service these off-shore facilities. There will also be a boost to employment numbers in the supply chain industry, the renewables sector and in manufacturing and construction.

What’s of further encouragement is that there remains areas to the east of Shetland, to the west of Orkney and the north of Lewis which Crown Estate Scotland have not yet allocated option agreements over.  There may be more to come – so watch this space…!

Tweet
Safer Internet Day - cyberbullying, social media a...
Can you claim compensation if you are injured skii...